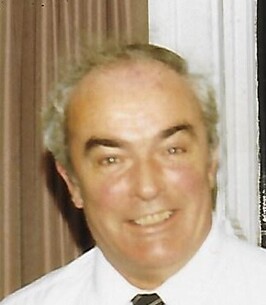 My name is Peter Combellack writing about ny brother Richard Alan Combellack late of Upper Dwyer road Carp.whossdly passed away on Saturday the 16th July.
Alan as called him was born in 1937 in Truro Cornwall his early years including the war years he lived in Penzance Cornwall
After the war the family moved to Plaidy near Looe all in a farmhouse with no electricity upstairs and an very cold basic outside toiler at the end of the garden,things. slowly got better in the next few years.
Alan always interested in technology he used to listen to the radio on a small crystal set he made,the aerial going 50 feet to the end of the garden hanging on a washing line.
He attended a local junior school and passed his then 11 plus exam he was the only student to do so in the entire school he then attended Liskeard grammar school attaining various school certificates at both ordinary and advanced level.Growing up he was into all sorts of things from scuba diving to flying in gliders building radio controlled planes to rockets that used to rise some 200 or more feet.
When he was 17 he came across an old navigation screen from an old Lancaster bomber out of this he made a large wooden plinth arranged on this was 8 to 10 trays of valves and condensers with this green radar set it worked well once you got over the colour I remember watching the Olympic Games
live. The first television any of us had seen.
He then took an apprenticeship with then Bush radio in Plymouth in 1955.
He suddenly bought dancing shoes most unlike him then not long after he came home with a certain Patricia Weston perched on the back of his motorbike.you know the rest they married in 1960.
He did what he always wanted to do he joined the Royal Air Force as an engineer in 1960 with his qualifications he went straight to a commission.
He served in various Uk stations eventually ended up in RAF Luqa in Malta for 3 years he ran the radio and telecommunications section .
He was discharged after 3 years and they had the best holiday of their lives .they drove home through Sicily the Amalfi coast Rome Florence Venice Basel Heidelberg and other places en route .
He joined BAC in Bristol in the guided weapons division living in Bristol Tetbury.
They emigrated to Canada in 1974 he joined Bell Northern research before they folded in to Norte as research scientist.
He was forced to retire in in 2002 due to a serious problem with a leaking aorta.
Whilst with Norte 2 things stand out he invented a device for the deaf so they could hear better on the telephone and some sort of lightening conductor for phone lines both things still relevant today,he tried to explain that to me but im afraid it went over my head.
There is another if you go on to Google you can see it good luck in understanding it.
Alan was clever amusing could be shy but very good company I did not see much of him once he left home at 18 as he travelled and so did I but kept up with each other through our parents,in retirement we did family trees he did the Combellack tree tracing the family all the back to the mid 16th century it ended up a very big task with an awful lot of distant relatives ,I did the easy on our mothers side.
Sadly we only saw each other for about 2 weeks in the mid 1980s despite this I am going to miss him dreadfully.
He was not religious but God bless him